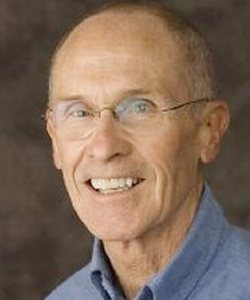 Robert Scaer, M.D. received his B.A. in Psychology, and his M.D. degree at the University of Rochester. He is Board Certified in Neurology, and has been in practice for 33 years, twenty of those as Medical Director of Rehabilitation Services at the Mapleton Center in Boulder, CO. His primary areas of interest and expertise have been in the fields of brain injury and chronic pain, and more recently in the study of traumatic stress and its role in physical symptoms and diseases.

He has lectured extensively nationally and internationally on these topics, and has published several articles on the whiplash syndrome and other somatic syndromes of traumatic stress. He has published a book in 2001, The Body Bears the Burden: Trauma, Dissociation and Disease, presenting a new theory of dissociation and its role in many diseases. A second edition of this book was released in October, 2007. A second book, The Trauma Spectrum: Hidden Wounds and Human Resiliency, released in July, 2005, explores the insidious spectrum of culturally-based trauma that shapes our lives, and how transformation and healing may still take place. He is currently retired from clinical medical practice, and continues to pursue a career in writing and lecturing.
Powered by